A Conversation on Ethnicity and Gender with Marisa Fong 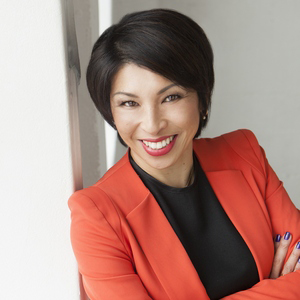 Tell us a bit about how you got started in your current career. Why business and entrepreneurship?

Despite my parents’ best efforts to get me to go to university, I’m not a person who can sit down and listen to other people talk at me, so I ended up going out into the workforce very early on and getting into business by accident, really. I worked for a big multi national recruitment company before deciding it was time to start doing something for myself. So I co-founded Madison, which we grew to become the largest privately held recruitment company over a span of 15 years. We were acquired four years ago and were very happy with the exit deal.
But I love the business of business. I love the learning that comes with it. The idea of starting something new, making mistakes along the way, failing if that happens and creating something successful is really appealing to me. I don’t think I’m ready to sit back and say “well I’m done now.”

What sort of things are you working on at the moment?

At the moment it’s all about New Zealand, investing back into New Zealand businesses and enterprises, which is why I created my own angel investment portfolio. I’m also focused on supporting women in that journey as well, because I’ve been inspired and supported by so many women on my own journey. And finally, just having another go at things myself with the new business I’m starting.

Have you experienced any challenges as an Asian women in the business world?

Sometimes Asian women can be viewed, particularly by older men, as exotic and submissive. They might see you as a bit of a Suzie Wong, that ‘60s-movie “girl in the tight cheongsam” stereotype. There were definitely some men who were attracted to that kind of stereotype, which they quickly found out I was not. But that was the minority. I found that most people were very respectful.

If you could go back in time, is there anything you would differently when it comes to your upbringing?

Well I denied the language part of my culture very early on, which I really regret. Before I started school, I had only been surrounded by my parents, so I spoke predominantly Cantonese. Then when school started, I just completely stopped speaking the language, to the point where I would really struggle to converse. I wish I had taken [the language part of my culture] more seriously. There’s a bit of a loss there. It’s quite hard to go back now and relearn everything. I was actually thinking about doing a Mandarin course, which is basically a whole new language for me because it’s nothing like Cantonese. That would be really interesting.

When was the first time you started thinking about issues to do with gender and race in New Zealand?

Only recently, actually. I have done very well in life, and I used to think that if I could do it, why couldn’t anyone else? The realisation only came after I joined Professionelle as their Chair. In this role, I was able to learn about the journey of women that have less self-determination and autonomy in their workplace. When you own your own business you’re paddling your own canoe and setting your own rules. It’s different from working for someone else and climbing the corporate ladder, where your next step may or may not be determined by other people and their view of you. That was when I realised that the experiences of these women were actually quite different to mine, and subsequently decided to do more and get more involved with the cause.

What do you see as being the next step toward greater diversity and inclusion in leadership?

The challenge now is about bringing men to the conversation. Up until now, women have done a lot of the talking, networking and events. We’re not doing enough outreach to more men. They need to be more part of the conversation, otherwise we’re just preaching to the converted all the time and we’ve been doing that for the last however many years.
A lot of men I talk to still don’t understand the problem. They see successful women and think, “well if she can do it why can’t everyone else?” So the next step is to bring the right people to the conversation. Right now we’re just talking at [men]. They’re being lectured, which we know doesn’t work. We need to deal with the people that actually have the influence to make change, the people that hold the keys.

We’ve got to make diversity and inclusion easy. When something is too hard, people just default back to what they know. That said, we also want to make it authentic. Diversity and inclusion initiatives can sometimes be too targeted and forced. How we make being diverse and inclusive natural, easy and not forced? That’s the tricky bit. And I don’t think there are any great examples out there yet. I do think that by segmenting things and slicing people up by gender, ethnicity, sexuality, disability, we are making the process too forced. Rather than make diversity and inclusion about really welcoming a certain part of the community, the conversation needs to be broader. Otherwise being inclusive just becomes exclusive.

How have attitudes towards cultural diversity and inclusion in New Zealand corporations changed — for better or for worse– over the last 20 years?

I do think there’s a genuine want for greater diversity and inclusivity, but I don’t know how well companies are executing it. There’s certainly better awareness and understanding of the problems today than twenty years ago. I just don’t know how well it’s being executed. It’s easier in smaller businesses because there’s not so many layers. In larger multi level organisations, even if there’s a genuine and authentic desire to drive diversity at the leadership level, sometimes that enthusiasm and change just doesn’t filter down well.

On the other hand, I always worry when companies hire people for diversity roles. By needing a “diversity person,” you’re telling me that you actually need one, because you just don’t get it. If every level just got it, then you wouldn’t need a special person to be “in charge of diversity.” It’s almost as though these companies are thinking: “well, we’ve created a diversity role so we’re good, tick,” or “we’ve joined a membership group/partner organisation so that we can show we care without having to do anything or the bare minimum, tick.” I do think there’s a lot of lip service paid to that stuff, which does worry me. But this next generation, millennials, they really don’t buy into all that so you see this huge turnover if the companies don’t deliver on their promises of being diverse and inclusive.

Can you tell us about some of the most defining failures in your life that have shaped you to become who you are today?

Failing at university was quite spectacular because you do think to yourself: well is it because I’m just not very bright or intelligent. The Chinese culture in particular tends to associate university degrees with intelligence. If you don’t have one, then maybe you’re just not that smart; so I had to prove to myself that I wasn’t dumb by getting ahead in other ways. In the end, although failing at university wasn’t good for me, it also made me really strive to be successful, to prove to myself that I could do it.

If you could go back in time and give yourself one piece of advice, what would it be?

Try lots of different things. It doesn’t matter if you fail at them. Go out and fail. Fail fast. Have lots of experiences. Now’s the time to do that, because it doesn’t matter as much when you’re young. Have confidence in your gut instincts; if it doesn’t feel right, don’t persevere and feel like you have to stick at something forever. Be respectful, but it’s okay if not everyone likes you and don’t burn bridges.