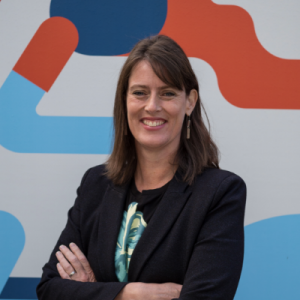 ChristchurchNZ Chief Executive Joanna Norris and former South Island editor-in-chief for Fairfax Media and editor of The Press where she led a team of 180 journalists. The Global Women member talked to us about her biggest influences and the change she would most like to see to encourage diversity in leadership.

Who are your biggest influences?

Other than my parents, who always acted and impressed on my brother and I that anything was possible (and rules could always be tested), the strongest influence on me professionally has been former editor of The Press Paul Thompson (now CE of RNZ). Paul has been a wonderful mentor over the years. He carries with him a calm commitment to fairness and public service as well as a mischievous curiosity. Two dear colleagues Sinead Boucher (CE of Stuff) and Bernadette Courtney (Stuff Group Editor) have also provided a great deal of support and comradeship over the years – they are both class acts.

Do you think there’s equality between men and women in the workplace?

Some workplaces understand deeply the value of diversity as a driver of performance, whilst others are still evolving. We can always do better to challenge ourselves to ensure people are valued, because ultimately this leads to higher productivity and better performance.

What change would you most like to see next to improve diversity in leadership?

I think it’s important that the differences between people are respected from the time they enter school. Discrimination starts very early and the more someone’s potential is drawn from them at a young age, the more productive they will be across their whole lifetime. I want all Kiwi kids to have a chance to be truly awesome.

Do you think it’s important to have an International Women’s Day?

Yes. Modern-day Kiwis follow in the footsteps of the New Zealand suffragists, who started the suffrage movement in Ōtautahi Christchurch. Kate Sheppard and her peers were incredibly brave social pioneers – I love their stories and their example. I aspire to have even a fraction of their strength. International Women’s Day is a chance to reflect on their example, and our own commitment to fairness and kindness.