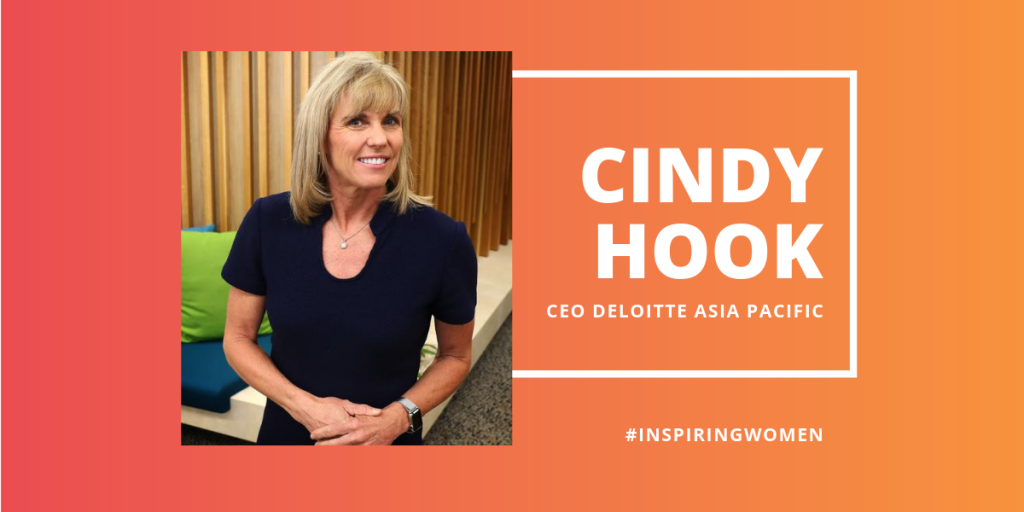 Californian Cindy Hook is one of those people who lifts the energy of the room when she walks into it. Talking to Cindy you can’t help but feel reinvigorated and fired up about everything from work and life to gender equality and, yes, Bruce ‘The Boss’ Springsteen. Cindy Hook started off her career in the US, later moving to Sydney, then Singapore. Now the Chief Executive of Deloitte Asia Pacific, she has spent over thirty years at the company across three continents.

I sat down to talk one-on-one with Cindy about driving gender equality in the workplace.

Inspired by documentaries from Iceland and Sweden where there is mandatory parental leave, Cindy Hook gathered the facts and got to work. Her first move? To increase paid primary carer leave at Deloitte from 14 to 18 weeks.

The next step was to try to equalise leave for men and women.

‘I want to give the same parental leave to men,’ she said at the time. ‘Because if the men are involved with caregiving early on in their children’s lives, they’re likely to be more involved their whole lives and then that’ll make it easier for women to keep working because there will be more balance in the home.’

The rest of the business was not so convinced. ‘They said “Cindy, if you give all the dads parental leave, it’s going to bankrupt us, we can’t afford it.” I said “I don’t care, I think it’s the right thing to do.”

The good news? It was the ‘cheapest policy we ever put in.’

The not-so-good news? ‘Three years later, 100% of the women were taking all of the leave, 15% of the men would take some of the leave.’

It was time for a proactive approach to get men feeling able to take the leave they were entitled to. The Deloitte Dads programme told the stories of men who had taken the leave, men who were considering it, and men who regretted not taking it. It shifted the conversation, says Cindy. 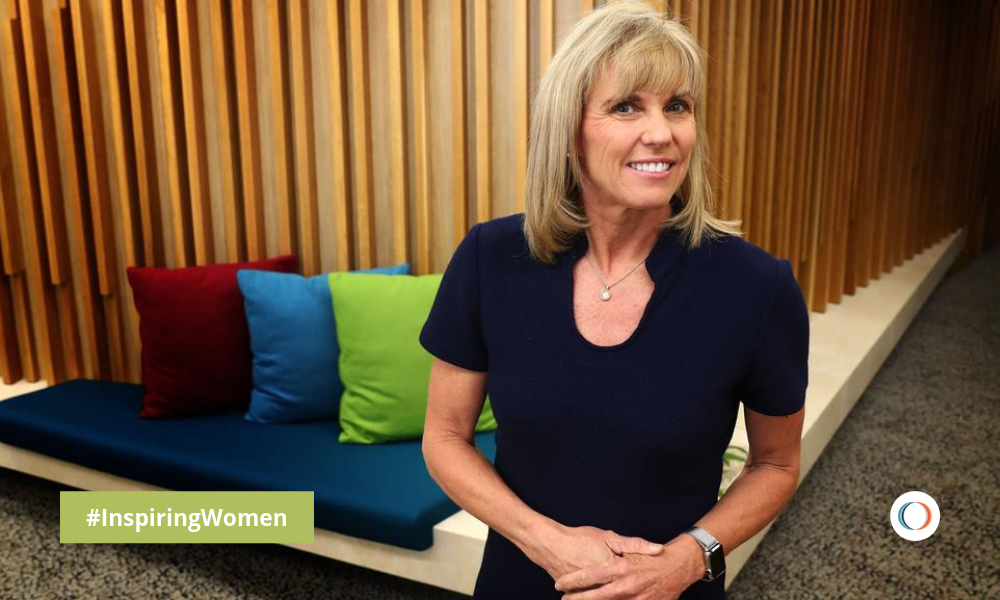 On Male Champions for Change

‘Male Champions for Change was created by Liz Broderick, who has become a personal friend and [who] changed my life. It was her brainchild and is [about] men stepping up next to women to create change. If women think they can change things on their own, they are delusional.

When the Male Champions for Change first came together and said they were going to do this, there was a fair bit of negativity in the media. “These guys are just about themselves, this isn’t real, they don’t believe in it,” but they persevered. The CEO who preceded me at Deloitte was Giam Swiegers, who was one of the eight original Male Champions. I’m the first woman to have followed any of the Male Champions, four and a half years ago now, into the CEO role and now there have been three or four more.

Giam sponsored me. He didn’t make me CEO but he gave me the exposure, the experience that I needed to be considered. I believe to this day that Male Champions had an influence that got me where I am. So I’m a product of Male Champions for Change.’

‘Mentors, they’re great and make me feel good, and give me someone to talk to, but they don’t shift the dial. It was the sponsors [who made a difference], and I’ve had a series of them over my career. I got sponsored to come to Australia. If a partner that I worked for in the US hadn’t said to Giam Swiegers, “You need someone in Australia, Cindy is the one for you, she’s done X, Y, Z.” I never would have got here.

Sponsors have power and the ability to position you and without that I wouldn’t be where I am. We need men and women sponsors. I was just in a group of our young female leaders and told them to “Look for your own sponsor, but sponsor somebody else [too], because sponsorship starts very early in your career.” It’s critical, for men and women.’

On making the business case for D&I

People think I’m arguing for diversity and inclusion and making this one of the top priorities because I’m a woman. That’s the way it gets interpreted and it couldn’t be further from the truth. It’s a business priority for me because I want to have a successful business.

I talk to CEOs all over Australia, now all over Asia and the world, [and] there’s not a CEO that doesn’t have in their top challenge getting the right talent and getting the skill set for an Industry 4.0 world; an organisation that’s shiftable and adaptable. 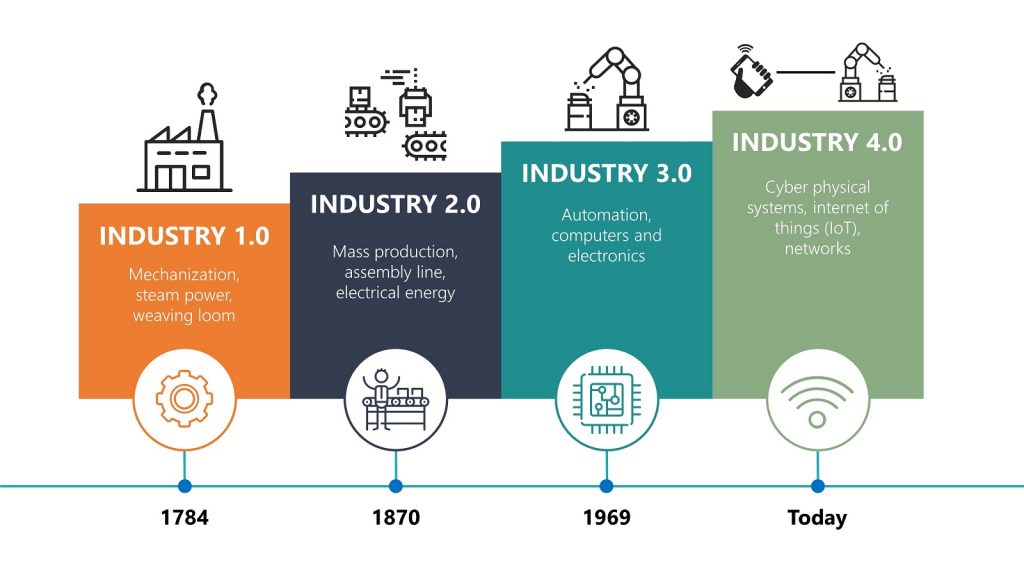 ‘My view on quotas has changed 180 degrees. As an up and coming woman in the firm, I was 100% against quotas. I was like “no, no, no, we can’t have quotas, everyone will only think I got promoted because I’m a woman. They’ll  think I only got that role because I’m a woman.” I was totally against it.

Then I became a business leader. I thought “Well, every shift I’m trying to make in this business I have measures, I have targets – if we don’t hit the targets, there’s consequences for it.”

If you set a measurable target and there’s a consequence for not achieving it, is it a quota? Pretty close.

So I believe that we need – call them measures, call them targets, call them goals – specific measures that we hold ourselves accountable to as leaders. That’s very different from where I was before and I think that shocks a lot of people.’

‘You can’t shift any organisation or make any significant change without getting the frozen middle to move.

I think it’s the whole combination of things you’ve got to do in any change management programme:  what’s the vision, what’s the business case, why is this good for everybody, not just one cohort?

You’re never going to get 100% but you’ve got to get to the tipping point. You need to get 70 or 80% of that group to say “yep, I believe in that and I’m going to change”. It’s a classic change management problem. The men [need to] see that this isn’t about disadvantaging men, it’s about making a stronger, more successful organisation, which creates opportunity for everyone.’ 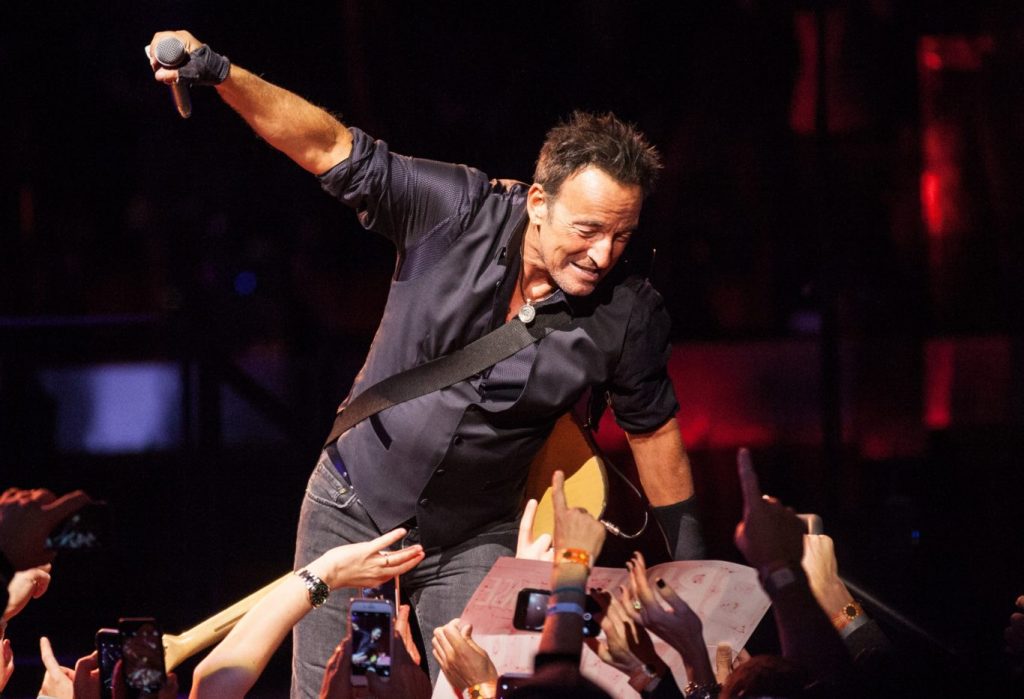 JASON SPEAKMAN FOR THE VILLAGE VOICE

The reason I love Bruce – well there’s many reasons – is that he is such an inspirational performer. When Bruce comes on stage he puts everything into it and he gives so much to the audience. Three and a half or four hours, just blood, sweat, tears. He’s giving so much to the audience and the audience gives so much back. It’s just this experience that I walk out of like, “I am young, I am alive, anything’s possible, we’re born to run! We’re going to deliver the promised land, Thunder Road, baby!”

There is so much to learn from Bruce in terms of being a business leader. Bruce has had the same band for 40 years. His team, his band, the E street band, is amazing and when you watch Bruce with the band – at points of the show he fades into the background. Not only does he have a great team that is incredibly loyal to him, they’re symbiotic. So, having a team that’s dedicated to you, you’re dedicated to them, profiling them, giving it all you’ve got. He’s a rock star, but it’s about my audience as much as it’s about me – these are leadership things!

Cindy Hook has kindly made available the slides from her presentation at Deloitte in Auckland on 11th April 2019.
You can download and view them here.