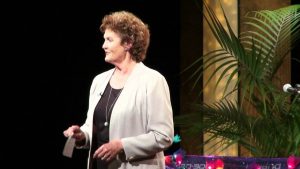 Jenni Prisk is a New Zealander who splits her time between Kerikeri and San Diego, California, where she established Prisk Communication, a public speaking and communications coaching agency, in 1990. She is a sought-after public speaker and is the Immediate Past Chair of the San Diego Commission on the Status of Women & Girls, and of the Association of California Commissions for Women. In 2001, Jenni founded Voices of Women, a non-profit organisation focused on supporting and producing educational programmes to empower women and children. Jenni hosts iVOW (www.voicesofwomen.org), a podcast programme that features the voices of marginalised women.

The best career advice I ever received was:

“You can achieve anything you put your mind to” and when I founded Prisk Communication: “always be sure to pay yourself regularly.”

The hardest career decision I’ve ever made was:

Whether to become a solo practitioner or hire associates.

What change would you most like to see to improve diversity in leadership?

From all cultures, more women at board tables, in decision-making roles, and in pivotal positions in politics.

Which book has left a lasting impression on you?

The Prophet by Kahlil Gibran 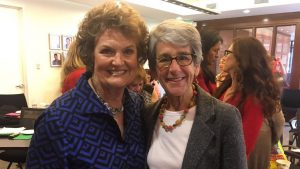 One thing I am exceptionally good at:

Drawing people together and bringing out the best in each of them.

One thing that challenges me:

“Am I really good enough?”

Who is your biggest influence?

Michelle Obama and Jacinda Ardern.  When the world goes low, they go high! 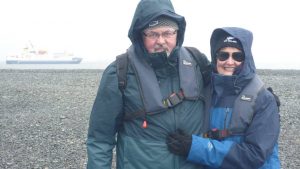 Jenni and husband Kim in Antarctica

What do you think is the biggest issue facing women your age today?

Now that I am 70, I am concerned that women in my age group will be overlooked because of their age.  They have wisdom, energy and abilities that the world needs now!

Do you think there is equality between men and women in your workplace?

As a public speaking consultant, yes.  I am hired for my skills and abilities and have been advised that I am often the first choice over males in the running.  However, in the professions in which my friends and colleagues work, I see too much inequality through the pay gap, harassment and lack of promotion.

What did you want to be when you grew up?

An actor!  I have always loved engaging people from a stage.  I feel very fortunate in that I am living my dream as a coach and speaker!

How do feel about the representation of women in the media, film and pop culture?

I get the shivers when I see women represented as objects and creatures of desire. Women have intelligence, leadership qualities, good sense, wit and so much more, and I have hope for the day when these attributes are recognized instead of their bodies.

If men and women are equal in the law, what is preventing gender equality in New Zealand?

For a start, I don’t believe that the law does always uphold the necessary decisions to maintain equality.  However, women must speak up and speak out for their rights and ownership of their roles and place in communities. Women must raise their voices to the rafters as they speak to their truth, knowledge, gentility and power.

Do you think it’s important to have an International Women’s Day?

Absolutely!  In fact, I think it’s wonderful that we have a whole month celebrating women in March, in the United States (where I live for half the year.)  When the day comes that women have full equality, we won’t need IWD!

What are the trade-offs that young women today will need to make it to the top? Is it worth it?

They shouldn’t need trade-offs!  They should have careers and families that are balanced and fulfilling.  Corporations need to grant full parental leave and create a think tank of males and females to discuss the needs of women in the workplace, then put those decisions into practice.  It must be worth it for a woman to get to the top.  Prime Minister Ardern is an example of balance.

I made my first dollar by…

Washing dishes in a university cafeteria to save money to travel from New Zealand to Europe.

I became a Global Women member to…

Join an organisation that I have followed and admired for two years, to learn from the members, to offer my skills and talents where they are needed, to be a part of an organisation that drives diversity in leadership by inspiring people, developing women leaders, and sharing our collective expertise.

The gender stereotype I can’t stand is…

When people of all orientations are put in a box that other people believe they are supposed to fit. In other words, unconscious bias.

More women in places of power and authority; a kinder/gentler world filled with human kindness.