We’re beyond glad to see five Global Women members as finalists in this year’s Women of Influence Awards.

Brought to us by Global Women partners, Westpac and Stuff.co.nz, the awards are designed to celebrate and showcase the work of women dedicated to shaping a positive future for the next generation.

In a year that’s seen no shortage of bumps along the road, it’s wonderful to see women in our community being recognised for their outstanding contributions to their industries.

This category recognises the work done by women in community projects in the not for profit sector, encompassing everything from local education to domestic violence, to health and ethnic diversity programmes. 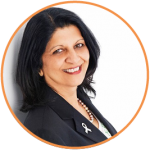 Ranjna has long been a trailblazer in promoting equality in the high needs community. Starting in 1977 in Otara where children were seen by doctors for free, adults for a mere $10 and the clinic was open for walk-ins on either side of the traditional 9-5 opening hours.

Today she champions this philosophy as the Director of Tamaki Healthcare (the largest primary healthcare group in the country) with a “whole social system” approach to meeting patient needs with 45 clinics with over 250,000 registered patients .She also works closely with South Auckland schools, churches and communities to understand their needs and provide them with useful information and access.

Ranjna’s approach has also been successful in combating domestic violence. After being asked by the NZ Police to join their South Asian Advisory board, she founded Gandhi Nivas: a domestic violence intervention and prevention service with 60% non-recidivism in the participating men, as found by a 5 year Massey Evaluation released by the Counties Manukau Advisory Board. This involvement came about through the NZ Police requesting she join their South Asian Advisory board and once again, worked by identifying the gap and providing access to the whole of the community.

Ranjna’s also Trustee of a Hindu Temple in Papatoetoe, providing meals to 500 people every Sunday — many of which are new migrants and international students, which are provided with pastoral care. This has proven invaluable in Covid, where Ranjina supervised the international students, worked together to distribute over 2000 food parcels to the whole of the community, and live-streamed prayers and services throughout the day.

Board and Management Category:

This category recognises women in senior management or director positions whose influence extends beyond their roles, and who incorporate personal and mentorship support. 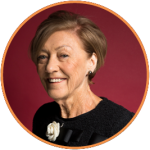 Dame Alison is a stellar representation of one of the first generations of women to emerge at the top of New Zealand’s corporate ladder. She has made several firsts as a woman: as the first to be appointed to the board of a New Zealand publicly listed company, receive QBE’s Chairperson of the Year award, made president of a New Zealand Chamber of Commerce branch, and appointed to a producer board in 1976.

Dame Alison’s 50-year governance career has seen her on the board tables of some of the country’s largest entities listed public companies, including 15 years on the board of the Reserve Bank of New Zealand through to being the Independent Director of Vector Ltd today, as well as the chair of a number of healthcare and agriculture organisations. 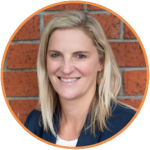 Hilary is an IT and digital business transformation leader, and the Chief Information Security Officer of Kordia Group. She’s passionate about thought leadership in the areas of digital transformation, culture change, security and IT and cyber-safe parenting has seen her establish multiple initiatives to encourage this. She drives this through her  ‘Digital Culture Ideas’ Podcast and also as the founder of the New Zealand Digital Leaders Network’ (NZDLN): which promotes knowledge sharing, collaboration and support between professionals in all positions and industries.

As a champion for conversations to improve inclusion, Hilary shares her insights as a company ambassador for Kordia, frequently leading discussions on diversity at numerous events. She furthers this through contributing to thought leadership pieces online, and her book ‘Security Culture’: a guide on improving interpersonal and corporate culture relations.

Hilary sets a fantastic example for working mothers, having completed Kordia’s Future Directors programme while pregnant, and then embracing the company’s ‘Baby in the Boardroom’ policy and flexible working hours. 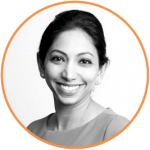 Ziena is a Partner at SenateSHJ who has focused on business development, international marketing reputation management and diversity and inclusion for over 20 years as a business and public sector leader across New Zealand and Asia.

She continues to champion her passion as an Advisory Board Member of New Zealand Asian Leaders, as well as her role as a Board Member on Auckland Tourism, Events, and Economic Development (ATEED). Ziena has also combined her two passions, diversity and Asia, into launching the ASEAN New Zealand chapter of MĀIA (the network for Kiwi women working in and with Asia) with ASEAN NZ Business Council and New Zealand Asian Leaders in 2019. 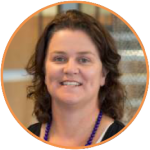 Currently a litigation partner at MinterEllisonRuddWatts, Stacey’s 20-plus years of experience as a lawyer has seen her gain many accolades, including winning Law Fuel Layer of the Year NZ in 2015, and landing on the NZ Lawyer 2015 Hot List and Law Fuel’s Power List for her community work.

Stacey is passionate about advancing women and children to their full potential. This is evident in her impressive portfolio of pro-bono legal work with vulnerable members of the community: including helping imprisoned mothers, domestic violence victims, muslim refugees both in New Zealand and in New York. She also assisted with research for UN initiatives, and worked with an NGO that frees exploited girls in Ghana. Locally, Stacey is the founder of the ‘Who did you Help Today?’ charitable trust, which oversees many projects aimed at progressing women and children. These are ‘Mother’s Project’ that helps jailed mothers maintain meaningful connections with their children, ‘Homework Help Club’ which provides role models and learning support to low-decile primary schools school children, and also ‘Help Tank’ which helps not-for-profits match with skilled volunteers.

Recognising women in local or national public sectors who use their position to work towards improving social inclusion and equality. 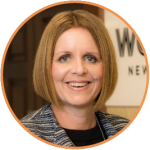 As the Chief Executive of Waka Kotahi NZ Transport Agency and former CE of Worksafe NZ, Nicole is passionate about how infrastructure, regulation and workplace safety can form the heart of a successful New Zealand. She’s an alumni of Global Women’s Breakthrough Leader programme, and is on a mission to ensure local leaders embrace a big-picture idea of wellbeing. She champions the idea that ultimate workplace safety is about caring for the mind and body of their people along with operational excellence.

She’s championed a holistic approach to workplace wellbeing that considers her own experience with chronic pain. This cemented her interest in the connection between law, medicine and health, initially catalysed by her first class honours law degree from Otago and Masters of Public Health from Harvard on a Fulbright Scholarship.

This philosophy has landed Nicole with an impressive portfolio of past projects, including setting up the ACC self-insurance programme at Fletcher Challenge Forests. Additionally, she led Waipa Sawmill site to being the highest performer in health & safety among Fletcher Forests — a year and a half after it was found to be the worst. Nicole has also led Fonterra’s health & safety approach, managing a team of 120 health and safety professionals across 51 countries — all while 9 months pregnant with her fourth child.

The Women of Influence 2020 Awards Celebration is set to take place later this year, with details announced shortly. Make sure to register your interest here to keep up to date on this event.