Home > Discover > News & Media > Are we being duped on the gender pay gap?

Are we being duped on the gender pay gap?

We know there’s a gender pay gap in New Zealand: but is it steeper than initially thought and reported? Two of our members, Jo Cribb and Siobhan McKenna as well former CEO of Westpac, a Global Woman Partner, weigh in in an insightful report by Stuff’s Alison Mau.

This is significantly higher than the gender pay gap recently released by StatsNZ, which points to the gap being 9.1%. Also worth noting are the disparities in this gap, especially for Māori and Pasifika women in these findings which show the gap between Pākeha men and Pasifika women is a massive 27%.

So, where has this vast difference in pay gaps come from? There’s speculation from sector experts that the data gathered may hide a bigger pay gap than what we’re used to.

StatsNZ measures the pay gap using median hourly pay for men and women, including part time work and measures using a fixed amount of work. Important to note, that more women work part time than men do. On the other hand, Strategic Pay looks at all elements — within and beyond the confines of remuneration: “There’s benefits, cars, car allowances, insurance, superannuation – and that can all have quite significant value. On top of that there’s the variable element [like] bonuses. There’s a lot more going on, and you’re not looking at the full picture if you’re just looking at salary,” says Cathy Hendry, Managing Director of Strategic Pay. 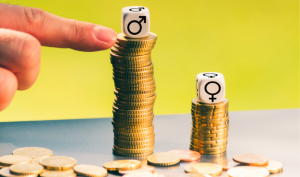 One element explored is how job banding can help companies have more equitable pay — and subsequently inch closer towards closing the pay gap in New Zealand. This is backed by Siobhan McKenna, former Global Women CEO and currently the project director of MindTheGap, an organisation which campaigns for pay equality.

She labels it as a crucial starting point: “It allows for variations in experience, and how long you’ve been doing the job. When you’re in a band of say, $70k to $90k, you start at $70k and you know in your negotiations you can move up.”

What things can be done to close this gap—especially for those who mightn’t be at the top of the organisation?

Global Women member Jo Cribb has stressed the importance of openness. Her #JustAsk campaign encouraged people to ask their employers directly about their company’s pay gap. While many respondents got an answer, many also got “fudged” with claims companies would look into it and indicators that organisations didn’t know their pay gap. Some employees however, were reported to feel as if they may be pinpointed as a ‘troublemaker’ for asking such questions.

“What does it say about our workplaces when you can’t ask that without fear?” says Jo Cribb. “The gender pay gap is not just a figure. It’s a family’s ability to put food on the table. It’s the difference in getting the car fixed, or not.”

For the full report, including commentary from Siobhan McKenna, David McLean and Jo Cribb, as well as specific insights on media companiy’s pay gaps and structures, read the full article originally published on Stuff HERE.