There’s a common misconception that ‘(un)equal pay’ and ‘the gender pay gap’ are the same thing, but they are actually quite different. 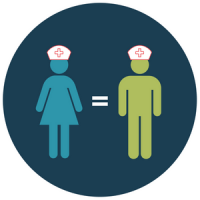 Men and women paid the same amount for doing the same work.

A legal requirement in New Zealand since 1972. 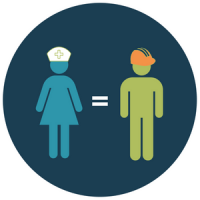 Men and women paid the same for doing work of equal value.

In 2012 care worker Kristine Bartlett made a historic claim, based on the Equal Pay Act 1972, that there was systemic undervaluation of care and support work because it was mainly performed by women.

A settlement was negotiated out of court and in July 2017 the Care and Support Worker (Pay Equity) Settlement Act came into effect. Care workers received pay rises of between 15 and 50% depending on their qualifications and experience. 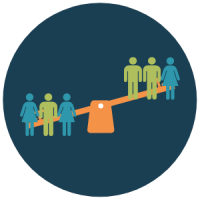 The difference in the median hourly earnings of men and women across all roles.

A huge number of factors contribute to the gender pay gap, from overt bias and discrimination through to education, hours worked, work experience and choice of occupation.

Many of these latter reasons can be attributed, at least in part, to our historical structures and social conditioning.

e.g. Many of us are conditioned from a young age to expect women to do the bulk of the childcare and housework.

e.g. Girls are often steered away from higher earning roles in STEM fields (even if unintentionally).

It is impossible to place a figure on how much of the gender pay gap comes down to bias and discrimination, as so often these attitudes and behaviours are due to unconscious bias.